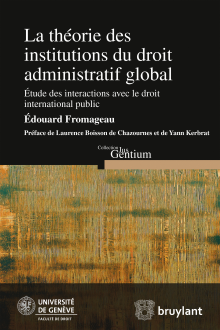 Global Administrative Law (GAL) appeared in 2005, as the result of the combined work of researchers from American universities (mainly New York University School of Law) and Italian universities. GAL’s purpose is to analyze a set of mechanisms, rules and procedures comparable to national administrative law used to promote transparency, increased participation, and the establishment of accountability mechanisms, within a hybrid structure (called Global Administrative Space), composed of both international organizations and non-state actors. This book’s objective is to analyze the interactions between GAL and public international law from an institutional point of view.

You can order the book here.

The World Bank Access to Information Appeals Procedure, a quasi-judicial two-stage process to hear appeals from decisions denying access to information, is a procedural innovation for various reasons. Before July 2010, the date the procedure was launched, there was no mechanism at the World Bank to hear appeals of decisions denying access to information. The World Bank had to create ex nihilo a mechanism capable of, in the one hand, satisfying external pressures for openess and transparency and, on the other hand, avoiding the spread of sensitive information. The procedure to be followed by the two stages of the process is thus unique and custom-made for the Bank needs. The Bank had also to find a balance between internal and external members in the composition of the two parts of the process, ie the Access to Information Committee (first stage) and the Appeals Board (second stage). It led to the creation of an innovative institutional process with a first stage conducted exclusively by Bank’s staff members, and a second stage in which independent external experts are deciding. It is argued in this chapter, that this configuration is problematic as only the first stage of the process is allowed to hear claims for a public interest override, a procedure by which management may decide to disclose restricted information if it determines that the overall benefits of such disclosure outweigh the potential harm to protected interests. A closer look at the decisions rendered by the Committee confirms a tendency of the Bank’s staff to deny access for public interest overrides, even in convincing cases, and then calls for the inclusion of external inputs. 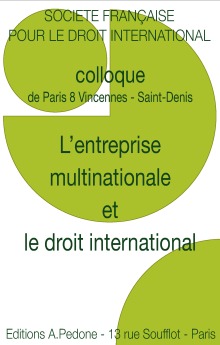 The purpose of this article is to analyze the 2012 Concluding Observations on Germany of the Human Rights Committee as it pertains to the case Mubende-Neumann. The Observations establish the positive duty of Germany to protect the victims of human rights abuses committed by German multinational enterprises conducting their industrial activities extraterritorially. The decision is substantiated by the notions of positive obligation and extraterritoriality. While the former is already well-known in international law, the latter is quite innovative especially as it pertains to its application to multinational enterprises acting transnationally. This is why we could qualify such a positive duty to protect as being at an “intermediary stage” in terms of its development. While a number of committees have consistently confirmed the existence of such an obligation there has not yet been an individual communication that has specifically dealt with such a positive duty.

Cross debarment is a procedure established by five multilateral development banks—the African Development Bank Group (‘AfDB’), the Asian Development Bank (‘ADB’), the European Bank for Reconstruction and Development (‘EBRD’), the Inter-American Development Bank (‘IADB’) and the World Bank Group (‘WB’)—in order to mutually enforce their debarment actions with respect to four harmonized sanctionable practices ie corruption, fraud, coercion, and collusion. Consequently, firms and individuals debarred by one of these banks could then be sanctioned, for the same misconduct, by the other banks. This procedure was established by the Agreement on Mutual Enforcement of Debarment Decisions (‘AMEDD’), which was signed by these multilateral development banks on 9 April 2010 in Luxembourg.

The concept of positive law in global administrative law: a glance at the manhattan and italian schools 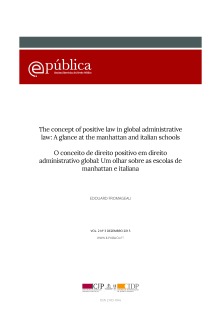 The question of whether Global Administrative Law (GAL) exists can receive various answers. GAL may exist as a research project, as a field of studies or as theory. But does it exist as positive law? In order to answer this question, in the present paper I analyse the meaning and purpose of the use of the concept of positive law in connection with GAL, with a particular focus on two GAL schools of thought: the Manhattan School and the Italian School. 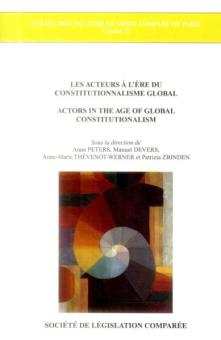 This contribution examines the sanction mechanism of the World Bank. The mechanism of sanction is an example of the gradual integration of principles from various legal traditions and disciplines. It then can be described as a synthesis of elements from four different legal disciplines that have been imported, adjusted, and combined from national systems. The purpose of this paper is to highlight the specificity of the mechanism,  and that no specific legal tradition has more hold than another on the mechanism.

The evolution over the years of the mandates and missions of international organizations has reached an important milestone with the emergence and multiplication in the last decade of procedures and mechanisms having a direct impact on individuals and companies. This has gone together with the call for the creation of international remedies with judicial features. International organizations, including the World Bank, have established sanctions mechanisms in an effort to combat corruption and fraud. They are applicable to companies and individuals involved in activities with international financial institutions through procurement or consultancy activities. The World Bank experience offers an interesting example: the decision to sanction individuals and companies entailed the need to provide access to remedies to such non-state actors. External and internal pressures have pushed the institution into putting in place very quickly a mechanism with judicial features. Due process requirements have had a substantial impact on the profile of remedies available to non-state actors in this area. 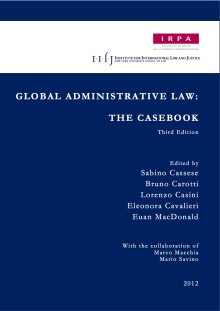 The dispute between Malaysia and Singapore over Pedra Branca, Middle Rocks and South Ledge – three maritime features located at the eastern entrance of the Straits of Singapore – began in December 1979 when Malaysia published a map depicting Pedra Branca as lying within its territorial waters. A few months later, Singapore sent a diplomatic note rejecting Malaysia’s claim to Pedra Branca and requesting a correction of the map. Attempts to settle the dispute by bilateral negotiations were made from 1993 to 1994. The question of sovereignty over Middle Rocks and South Ledge was raised during these negotiations. Faced with a lack of progress, both parties decided to submit the dispute to the International Court of Justice. I present a brief analysis of the reasoning of the Court in the 2008 case on the Sovereignty over Pedra Branca/Pulau Batu Puteh, Middle Rocks and South Ledge, with special attention on the question of the passing of sovereignty and loss of territory.

Sustainable Development, Environmental Impact Assessments and the Obligation to Consult: Pulp Mills on the River Uruguay

The dispute between Argentina and Uruguay arose out of the authorizations given by Uruguay in 2002 for the construction of a pulp mill (the CMB (ENCE) project), and in 2003 for the construction and commissioning of another (the Orion (Botnia) mill) both on the banks of the River Uruguay, a shared natural resource and the common border between these countries. I present a brief analysis of the reasoning of the Court in the 2010 Case Concerning Pulp Mills on the River Uruguay, with special attention on the questions of the environmental impact assessment and the consultation of affected populations.

The Global Water Partnership: Between Institutional Flexibility and Legal Legitimacy

The Global Water Partnership (GWP) represents a new kind of institution that raises various interesting questions in terms of international institutional law. Established in 1996 as a “virtual organization”, it progressively evolved to become in 2002 a twofold institution structured around, on the one hand, a network without legal personality and, on the other hand, an international organization with full legal personality under international law. This article aims to analyze this unique structure and its consequences on membership and organic issues. The reasons underpinning this evolution will also be studied. If institutional flexibility prevailed in the early life of the institution, practical problems and concerns about legal legitimacy have led to a more formal structure in its later life. Principles such as those developed by the Global Administrative Law (GAL) project, namely legitimacy, transparency and accountability, have been also widely used to shape and organize this structure.

Collaborating with the United Nations: Does Flexibility Imply Informality ?

Collecting information has always been both a necessity and a challenge for the United Nations. The timely and accurate knowledge of relevant facts is undoubtedly a necessary prerequisite when exercising its functions. However, given the lack of autonomous sources of information, the United Nations is more often than not reliant upon States to acquire information before they take any action. Recent practice in this respect is marked by informality and opaqueness. These traits come into sharp focus particularly in the context of investigations led by United Nations. What this article will attempt to show is that flexibility, or at least good-functioning, does not necessarily imply informality. By taking similar examples of exchanges of information at the international, European and domestic levels, it will be argued that a formal legal basis stressing a limited number of conditions for the exchange of information has already been established and thus may be possible in the context of the United Nations.